The CA-25 Winjeel (an Aboriginal word meaning “Young Eagle”) was developed by Commonwealth Aircraft Corp in Melbourne to meet a 1948 RAAF specification for a new trainer.

The CT-4A Airtrainer was developed from the earlier Victa Airtourer as a side-by-side military trainer with full dual controls.

The Yak 52, VH-YYA, is a 1991 model built for the Russian Air Force, making it one of the newest Yaks in Australia.

Loved and Respected by Generations of RAAF Pilots

The CT-4A began to replace the CA-25 Winjeel as the RAAF’s training aircraft from 1975.  It performed the same missions admirably, teaching future Air Force pilots the requisite skills they would need going forward.  RAAF operated its examples through the end of 1992. Its excellent handling characteristics and robust design have endeared the CT-4 with all who flew it.

This example – Serial# A19-037 – was among the first batch of 51 CT-4As delivered to the RAAF in the mid-1970s.  It spent its time in service at RAAF Base Pt. Cook, serving to train hundreds of pilots before finally being retired in 1992.

It was auctioned off in May 1993 and was initially based in Southeast Queensland.  It was purchased by its current owner Phil Munro in 2004 and has been maintained in excellent and original condition ever since.  It is flown frequently in air displays and commemorative fly-pasts and has provided thrilling flight experiences to hundreds of passengers. 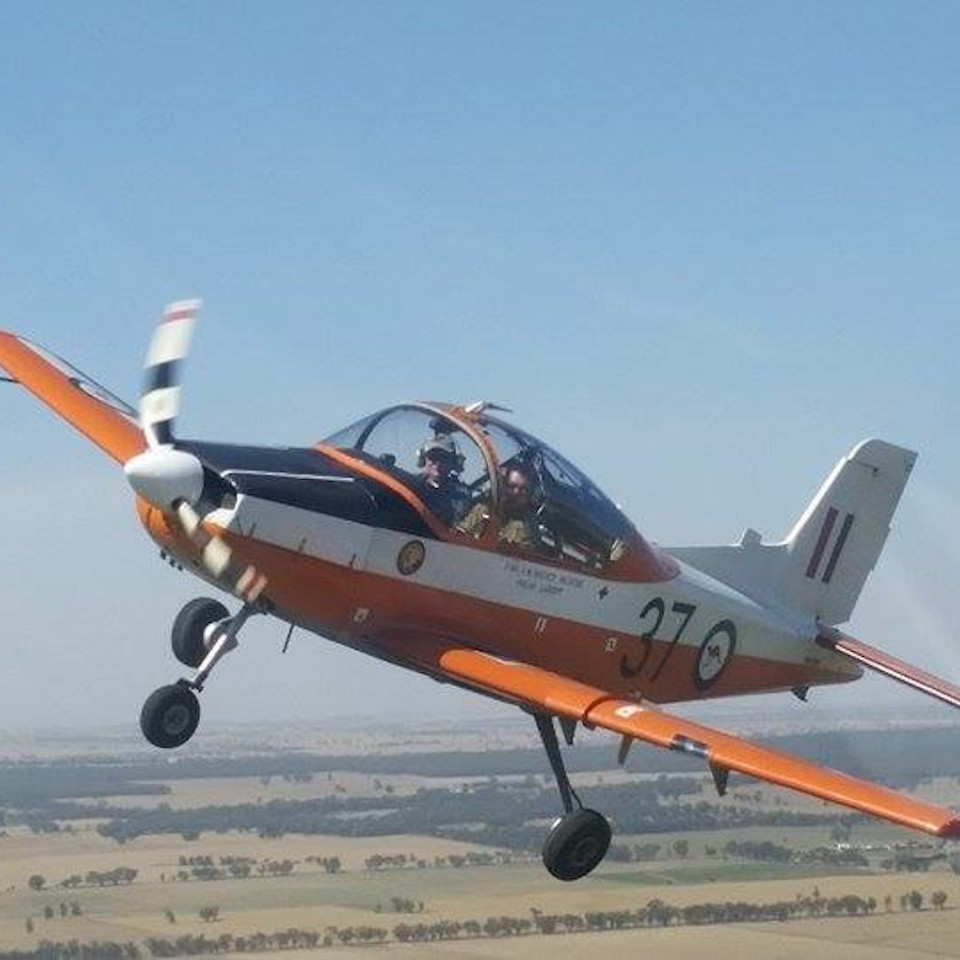 The Yak 52, VH-YYA, is a 1991 model built for the Russian Air Force, making it one of the newest Yaks in Australia. Due to the collapse of the Soviet Union this aircraft was placed in storage until 1997 when it was imported to Australia. The aircraft carries its original military colour scheme and our Yak 52 is complete with the original Russian instrumentation and avionics. It has a powerful 360hp supercharged 9 cylinder radial engine and the aircraft is stressed to +7/-5 G. It is capable of extreme aerobatics but also makes the perfect aircraft for cruising around with the canopy open for an utterly unique experience over the Byron Bay region.

The aircraft is fitted with a smoke generator which uses vegetable oil to produce a high visibility white smoke trail for your friends to keep track of your flight path as you carve up the sky.

For the thrill seekers… Take a ride in the awesome Yak 52 Warbird. Get ready for the speed, the G’s and the adrenaline rush. Your warbird adventure flight can be structured to your wishes for aerobatics in combination with a look around the local area including the magnificent Mount Warning, Byron Bay Hinterland and coastal flights up to the Gold Coast.

Choose between a coastal or mild ride with some loops and rolls or get your adrenalin pumping with extreme gut wrenching high-G aerobatics (definitely not for the faint hearted)..

Soar above the Northern Rivers coastline and countryside in an ex-RAAF Warbird! From family-friendly experiences to thrilling aerobatics!